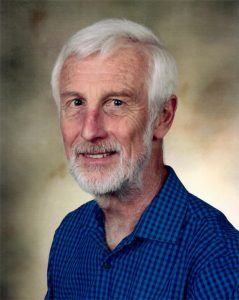 I was born in London, England, a few years after World War II. I watched London being patched back into a vibrant commercial center. Sights of bombed-out buildings and devastation still linger in my memories.

At age 26, I moved to Saudi Arabia to work for Aramco (an oil company.) I worked there for four years and traveled widely in the region. I grew to love and be intrigued by the local people and their culture.

Years later, as I neared retirement, my family requested I write down some of the many stories I had told 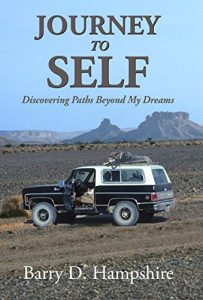 over the years. One theme kept appearing in these pieces, my driving a Chevy Blazer from London to the eastern province of Saudi Arabia – a journey of 5,500 miles in 15 days. That became my first book, a memoir, Journey to Self, published in September 2019 – available on Amazon.

While working on that book, I said I had no idea how to write a novel. It seemed overwhelming. However, after one workshop, I saw I had the basic framework for a fictional story. Having never been one to shy away from a challenge, I started work on it. My story is set around a Syrian family and covers themes such as:

In the past few weeks, I have received feedback from a group of beta-readers, and so far, there have been no show-stoppers but plenty of words of encouragement. While working through the multiple drafts of this first novel, I started work on the sequel: Syrian Rebirth – Ahmed’s World. This is now a completed initial draft. I have in mind the third and final book in the series, Syrian Rebirth – Fatima’s World.

Syrian Rebirth – Rashid’s World.      Rashid wished his family to be safe. He joined the fight against Syria’s brutal president. How would that affect him, his family, and his country?

What brought me to writing: Writing is a way for me to purge demons that hindered me for too many years. I learned to read as a child, but I truly hated and, in some ways, feared it. I read my first book for pleasure when I was 26 years old. To many people, that may sound horrifying, but it was my world as a youngster. Numbers and logic were my saving graces. I became a computer software engineer for a career. Reading never became a pleasurable activity for me. I missed reading the classics, much to my detriment.

Over the years, I have displayed some competence in various artistic mediums: drawing, painting, woodcraft, story-telling, and cooking. Then I started writing, and it became a passion. I have taken many classes, and some teachers have had a profound impact on my writing.

Tell us about your writing process: I arise early each day and make my wife’s coffee (a survival technique I learned early.) Depending on the priorities of the day, I make time most mornings to review and edit what I worked on the previous day. I try to dedicate an hour or two each day to writing new material or making revisions to pieces that are my focus at that time. If I do not manage to find time, I do not judge myself but try to use my sense of frustration as an impetus for the following day.

Do I kill popular characters? Yes. My novels are thrillers. I think in my first novel, more characters are dead than alive in the end. And several of the dead are good/popular characters. One of my favorite characters in that first novel is among the dead, and I still grieve their loss. Reading that section still causes my eyes to tear up. A few beta-readers admitted they cried when that death happened.

How do you raise the stakes for the protagonist? One of my teachers frequently tells me to keep winding up the tension and never let it go. I understand this and try to do that. But I do find when a sub-plot comes to its termination, then along with that, some of the protagonist’s tension is released. So in my novel, the tension is more like waves with spikes along them. Even though some tension may be released at times, it still adds to the overall tension.

How did I come up with Character Names. Most of my main characters are Arabic. So names like Joan, Paul, Marge, and Randy are inappropriate. Thankfully, lists of Arabic names can be found on the web. I have selected names with which I am comfortable, and I hope readers will not trip over. I have tried to have each name start with a different letter for easier recognition. In the forward to each book, I have listed out the main characters and their relationship so that readers have a quick reference, e.g. Rashid is married to Fatima.

Do I outline, or am I a pantser? At heart, I am a pantser, but I will admit that I have my thoughts reasonably outlined in my head before I tackle a section. What fascinates me is how my mind conjures up a scenario that appears on the page/screen without me consciously thinking about it. Sometimes, as I fathom out how to write a section, I will realize in my wordy/ugly first draft I left a hook or a character that will allow for a smooth continuance of the current storyline.

Sources of Expertise / Advice. I have read posts, articles, and books about the book’s locations, particularly from current day journalists. Also, I found a local Islamic Center and talked with one of the leaders about these novels. He gave me some useful information and encouraged me to continue working on them. He agreed that, basically, Syrian refugees are people who have been forced out of their homeland by violence and intimidation. They are desperate to find a safe environment in which to raise their children. They are no more inherently violent than we are.

Going forward, I have plenty of work integrating the comments that I received from beta readers and improving the readers’ experience of the novel. After that, I will reach out to a few agents and publishers. If those connections raise no interest, I am prepared to self-publish, which I did for my memoir.

A reader of this post may be able to assist me with achieving one of my next steps. Does anyone know a Syrian or a person from the Middle East who may be willing to read the revised beta draft of the novel? I would be appreciative if anybody could suggest a female as the book addresses gender roles in Syrian society. But I am looking for any person from that region who may be willing to review the revised draft.