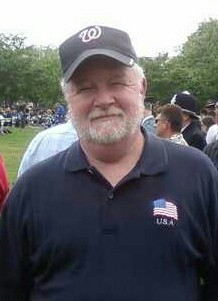 Joseph B. Haggerty Sr. Author of the novels: Shame: The Story of a Pimp and An Ocean in the Desert Contributor to the PSWA anthology: Felons, Flames and Ambulance Rides Award-winning poet, writer, and lecturer on the sexual exploitation of women and children in prostitution and pornography.

I’m Joseph B. Haggerty Sr. a retired vice detective and academy instructor from the Metropolitan Police Department in Washington, D.C. (35 yrs).  I was a Senior Special Agent in Investigations with the Office of the Inspector General for Amtrak (6 yrs).  In 2009, I received an award, Heroes of the Heart, from the organization Children of the Nights in California and was recognized as one of the top ten law enforcement officers in the country for rescuing children from the street.  I was President of the Writers League of Washington for nine years.  I have been a member of the Public Safety Writers Association since 2010. I have a self-published novel, Shame: The Story of a Pimp, which I wrote based on my experiences investigating child predators in prostitution. I was honored to have 3 short stories and 2 poems published in the PSWA anthology, Felons, Flames and Ambulance Rides. I also have another book from Oak Tree Press, titled, An Ocean in the Desert. A number of my poems have been published in my FOP lodge newspaper and Tears on the Walls was recorded on a CD titled Heroes Unsung.  I am married with six children, eleven grandchildren, and eight great-grandchildren.

The first book I wrote was because of the way, and movies and television portray prostitution. They make it look glamorous, safe, and profitable. Most serial killers either start 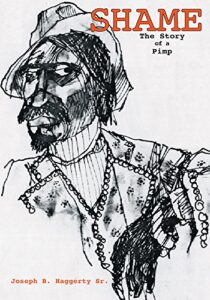 out killing prostitutes or easily convert to killing them. For one good reason, they are easy targets. Pimps are the real problem on the street. They are the real criminals. Prostitutes are the pawns used to make the pimps money and are sacrificed just as easily. I wanted to write about what the street is really like. As a vice detective specializing in going after the pimps in Washington, D.C.( excluding Congress), I learned a great deal about how the pimps do their business and how they get their victims and hold them. My book, Shame, The Story of a Pimp, is just that. It’s a story of a pimp from birth to death, how he learned about pimping and became a pimp. It’s a story of sex and violence because that’s the story of prostitution. It’s a story of the sexual exploitation of children by pimps. It’s a story of the pimp world and pimp law. I interviewed over 5000 prostitutes who worked the D.C. streets in my over twenty-seven years on the street and also interviewed hundreds of pimps. Some of my cases are intertwined in the book. I changed names and locations, but the events are the same. 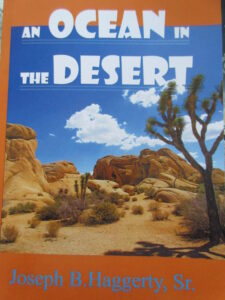 I’ve also written a book, An Ocean in the Desert, where two private investigators specialize in finding missing children. If they find the child has been a victim of a sexual predator, they offer the child’s family an additional service to guarantee their child will never return to that predator.

I’m in the process of writing a third book, tentatively named Craig’s Follies, which is about a male prostitute who became a professional informant for several police departments across the country as well as Washington, D.C.

A publisher has agreed to publish a book of my short stories about the street and my life as an investigator.

As a Public Safety Writers Association(PSWA) member, I have learned a great deal about writing and other aspects of law enforcement, medical situations, and firefighting. Through the list/serv and our conferences, I have had numerous questions, answers, and ideas for handling plots, characters, setting, point of view, and numerous ways to kill people. PSWA has given me confidence and encouragement for the submissions I have made to the various writing contests for which I have won many awards. I would recommend PSWA to anyone thinking about writing or who has been fortunate enough to have a book, short story, or poetry published.

I wrote my first book in less than a year, finishing it in 1987. I wrote it longhand on a legal pad. It took another couple of years to have it put on a computer disc. After finally having it on my computer and another couple of years of editing, I took it to a literary agent. The agent turned me down, saying the book needed too much editing. I went to another literary agent and got the same answer. I did more editing. I couldn’t afford a real editor as the book was over 500 pages. I went to a third agent, who said I had a snowball’s chance in hell of getting published as an unknown writer. In 1999, I joined a writers group, The Writers’ League of Washington. Through their encouragement and confidence-building, I decided to go the route of self-publishing, and my book, Shame, The Story of a Pimp, was published in 2008.

In Shame, I have several subplots. There are three main subplots. Shame’s mother gets involved with a gambling pimp who rips off the mob. I had one of Same’s women kidnapped by another pimp, and a rescue attempt is made. The third is a policewoman who goes undercover as a prostitute to discover the truth about a murdered friend. One other thing, I’m not sure you could call them subplots, but I didn’t want to just concentrate on Shame’s women. A number of other women worked the street, and the reader will read about them. I wanted the reader to know how they got to where they were. I wanted the reader to see the whole street.

With my first two books, I wrote as a pantser, but with Craig’s Follies, I am outlining. I am also writing a book with another member of PSWA, and we’re outlining with that book.

I have to say that my favorite books are the ones that inspired me to write. The first is The Stand, by Stephen King. I’m not a big Stephen King fan, but the characters he created in The Stand are extraordinary. I am a slow reader, and The Stand is a big book, which was a challenge to me. Still, the characters he created were the driving motivation to read the book in its entirety. The second book that inspired me was Cathedral by Nelson Demille. This book was about Irish terrorists that take over St. Patrick’s cathedral in New York. This was one of those books you can’t put down. The action was non-stop, with great characters and a great story.

You can reach me at: gudgerray@aol.com