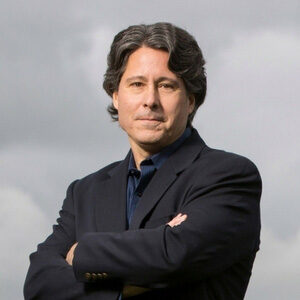 Robert Dugoni is the critically acclaimed New York Times, #1 Wall Street Journal and #1 Amazon Internationally Best-Selling Author of 20 novels in The Tracy Crosswhite police detective series set in Seattle, the David Sloane legal thriller series, and the Charles Jenkins espionage series as well as several standalone novels including The Extraordinary Life of Sam Hell,  a  #1 Amazon kindle download and The Cyanide Canary, a Washington Post best book of the year. Several novels have been optioned for television series. Robert is the recipient of the Nancy Pearl Award for fiction and many other awards.

I’m known mostly for my mysteries and thrillers, specifically the Tracy Crosswhite series, which is now eight novels. But I’ve always enjoyed other genres. I grew up mostly reading literary novels like The Great Gatsby, A Prayer for Owen Meaney, and The Old Man and the Sea. I got the opportunity to write a literary novel with The Extraordinary Life of Sam Hell, and it did very well. I have a second literary novel coming out next September, The World Played Chess. I’ve also written a successful espionage series with Charles Jenkins, a spinoff character from my legal series with David Sloane.

What brought you to writing? I’ve always loved to write. My mother would hand me classic literary novels when I was young, and by the seventh grade, 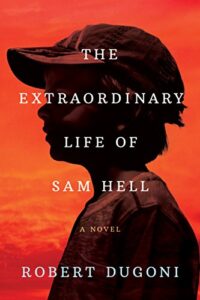 I knew I wanted to write stories. In high school, I edited the school newspaper, and in college, I majored in journalism, and creative writing, then went to work for The Los Angeles Times. I ended up in law school and practiced law for a while before getting back to writing. It took me several years to get established, and since 2013 I’ve written full time.

Where do you write? What, if any, distractions do you allow? I now write at home. My wife and I added on a beautiful office with a lot of windows and ambient light. I treat it as a job, though I love what I do. I write full days, five days a week. The one distraction I allow now is golf. It gets me outdoors in the fresh air with good friends, and it’s a great distraction.

Tell us about your writing process: Monday through Friday and some weekdays when the muse is flowing, I write from seven in the morning until around four or five. When I am writing the story, as opposed to doing research, I read Stephen King’s novel, The Green Mile, every morning until I hear the muse. Then I begin. When writing the first draft, I don’t edit myself. I treat it almost like an outline. I write as fast as I can, learning about the characters and what they want and need. Then on the second draft, I go back and begin to add and cut as needed.

What are you currently working on? I have a Tracy Crosswhite mystery novel, In Her Tracks, coming out in April. A literary novel, The World Played Chess, is coming out in September, and I’m completing the third novel in the Charles Jenkins series, The Silent Sisters.

How long did it take you to write your first book? It was an ordeal. I must have thrown out 1000 pages and wrote 19 drafts over several years. I did it backwards. I wrote before I studied story structure and really understood how novels were told. Now I can write three novels in a year. I understand story structure after studying The Writer’s Journey by Christopher Vogler and other craft novels.

How do you come up with character names?  I often use the obituaries because you know the names were real. There are also websites, like fakenamegenerator.com, but I don’t stay on the site for long. It just seems like the kind of sight where someone is sucking you in.

What’s the most challenging thing about writing characters from the opposite sex?  Honestly, the hardest part is not trying to write from the opposite sex. I get asked questions all the time about how I write from the perspective of Seattle Homicide Detective Tracy Crosswhite. My answer is I don’t try. I write from the perspective of a person who has been grievously injured in her life and is struggling to find a life for herself and later, for her family. Tracy wants what we all want in her personal and her professional life. I always try to keep that in mind.

Do your protagonists ever disappoint you? Actually, it’s usually the opposite. They usually please me. When I’m really into a story and into a character, and I let that character tell the story rather than try to force the story, the character will often do things I never thought of or considered. That’s one of the best parts of being a writer, having characters surprise us.

Do you ever kill a popular character? If so, what happens to your story? I did in the David Sloane series upon very bad advice. I won’t do it again. Readers don’t like it. They feel you’re trying to manipulate them. I did it because I was told that married protagonists aren’t interesting. I’ve come to realize that simply isn’t true. Marriage comes with its own trials and tribulations, and it is those that make the characters real.

Do you outline, or are you a pantser? I’m a pantser. I’ve tried outlining, but I’m usually off the outline very quickly. Instead, I do a lot of research, and from the research, I usually find my characters and often scenes that become the story.

What kind of research do you do? I try to travel to all the locations I write about. Beyond that, I do a lot of research, reading books, papers, watching documentaries and television shows.

What is the best book you ever read? Probably Lonesome Dove. 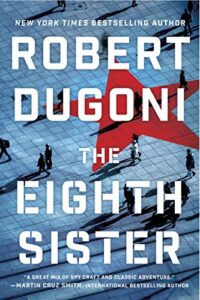 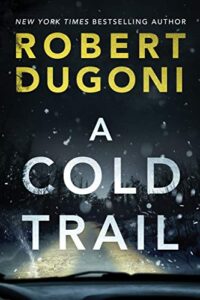 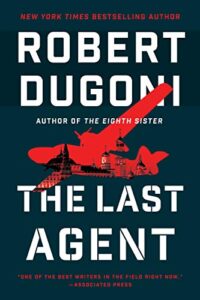 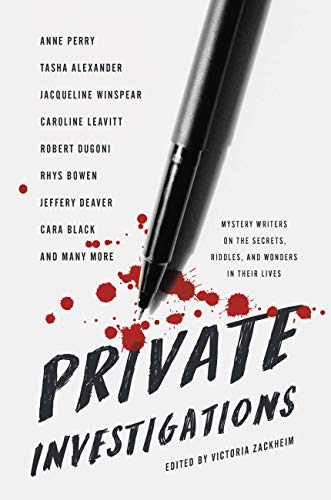