MICHAEL A. BLACK – From the Wild West to Modern Day Bounty Hunter

Our guest today is Michael A. Black, author of over 47 books, including his latest series featuring ex-army ranger Steve Wolf as a modern-day bounty hunter. 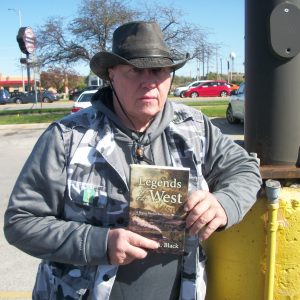 Michael A. Black is the award-winning author of 47 books, most of which are in the mystery and thriller genres. He has also written in sci-fi, western, horror, and sports. A retired police officer, he has done everything from patrol to investigating homicides to conducting numerous SWAT operations.

Black was awarded the Cook County Medal of Merit in 2010. He is also the author of over 100 short stories and articles and wrote two novels with television star Richard Belzer (Law & Order SVU). His Executioner novel, Fatal Prescription, won the Best Original Novel Scribe Award. His latest novels are the Trackdown series (Devil’s Dance, Devil’s Fancy, Devil’s Brigade, Devil’s Advocate, and Devil’s Vendetta) and Chimes at Midnight (under his own name), Dying Art and Cold Fury (under Don Pendleton), and the Gunslinger series (Killer’s Choice, Killer’s Brand, Killer’s Ghost, Killer’s Gamble, and Killer’s Requiem) under the name A.W. Hart.

Let’s start with something off the beaten track. Tell us something about yourself that isn’t in your bio. Okay…One of the reasons I was interested in writing westerns is that Zane Grey is a distant relation of mine.

You have a new book out. Why don’t you tell us a little bit about it? I’d be glad to. It’s the latest 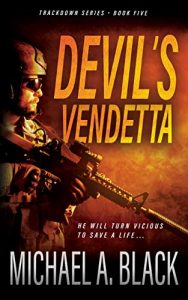 installment of my Trackdown series about disgraced ex-army ranger Steve Wolf, who was wrongfully accused and convicted of a war crime in Iraq and sentenced to prison. Upon his release, his mentor, Big Jim McNamara, picked him up and helped him get back on his feet with Mac’s bail enforcement business, i.e., bounty hunting. Wolf and McNamara had several adventures through the first four books in the series (Devil’s Dance, Devil’s Fancy, Devil’s Brigade, and Devil’s Advocate), and the newest one takes up where the last one left off. It’s called Devil’s Vendetta.

Sounds like a devilish series; what’s the new one about? Devilish is right. Wolf’s goal is to clear his name since he was wrongfully convicted, and through the first four books, he fought to do this by trying to bring the rich and powerful adversary who framed him to justice. In the fourth book, he came close to succeeding, but as everyone knows, nothing is simple when it comes to our justice system. Devil’s Vendetta continues this theme and begins a new story arc. In this book, Wolf receives a call from his mother in North Carolina that his younger brother, Jimmy, has fallen in with a bad crowd, and an intervention is needed. After going back home for the first time since his release from prison, Wolf finds the old adage, “You can’t go home again,” grievously accurate. His hometown has a bit of a problem with political corruption and a growing crystal meth epidemic. To make matters worse, Wolf’s brother and his friends have concocted a dangerous scheme to rip off a drug kingpin. Wolf finds himself battling against superior odds trying to save what family he has left.

And this one continues the series, correct? It does. It’s actually number five in the series. Numbers six and seven are also coming out in short order as well.

You’ve got three new books coming out together? Right. Number six is Devil’s Breed, which 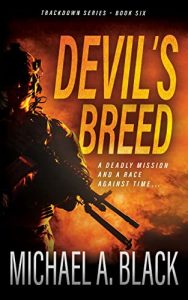 takes up where Devil’s Vendetta left off, and then number seven, Devil’s Reckoning, follows in short order. My publisher, Wolfpack, is releasing all three books in the space of about a month (October 4th, October 25th, and November 15th) under their new Rough Edges imprint. I’m feeling a little bit like Charles Dickens. He used to do a chapter a week when his novels were serialized in the newspaper.

That certainly does sound like a quick succession. How long did it take you to write these? I started working on these three last year (2020) in August. I wrote straight through to this past August, with a few other projects interceding from time to time. It was a busy year.

It sounds like it. Three novels in a year is pretty impressive. Actually, I managed to squeeze in a fourth one, but that was a co-author project. I did a novella, too. They don’t call me the fastest keyboard in the Midwest for nothing.

That sounds like a well-earned title. So does the series continue beyond these seven books? Well, each book is a story in itself, with continuing plot threads. At this point, the series could end, but I’ve left enough of a thread that it could continue. That’ll be up to the readers. 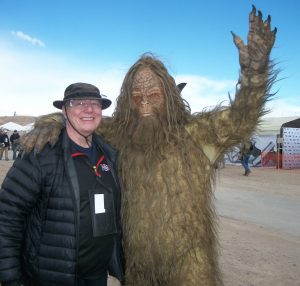 What are you working on currently? After spending so much time with Wolf and Mac, I had a yearning to do something different. I also write westerns and had an idea on the back burner for a while. It’s set in 1913 during the early days of motion pictures. It’s got a troubled veteran of the Philippine/American War, a silent movie being filmed, real-life author Ambrose Bierce, the Mexican Revolution, and of course, some nefarious goings-on.

Sounds ambitious. Good luck with that one. But, before we let you go, I have a question about a group you are active in, the Public Safety Writers Association. I understand that you are not just engaged but, in fact, chair the annual PSWA Conference. Please tell us about that.

Sure. I’ve been a member of the PSWA for a number of years and work with the other board members to run the annual conference in July. We always host it in July at the Orleans in Las Vegas and have a great time. I’ve been to many writer’s conferences, and I can truly say that the PSWA Conference is the best. It’s all about sharing your experiences and becoming a better writer. The people are great, and the members come from a variety of backgrounds. It’s affordable and always a lot of fun. Check out the PSWA website for a glimpse of this past conference.

Thanks for stopping by.

Always a pleasure to be on the best of the best blogs, George. Thanks for having me.

How can our readers contact you and buy your books:

Well. Someone in China hacked my website, and I still haven’t gotten around to organizing another one, but all of my books (Ebooks or paperbacks) are available on Amazon.com, Barnes & Noble,  or at your local bookstore. If you want to get hold of me, my email is DocAtlas108@aol.com. I’m always glad to hear from people.