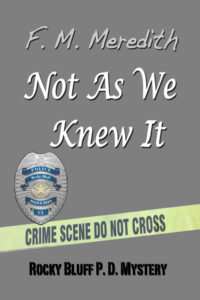 Marilyn is here to tell you about the latest: Not as We Knew It. It’s #16 in the series, but all the mysteries are solved by the end of the tale. Like all the stories in this series, it is how what’s going on in the small beach community of Rocky Bluff affects the officers and their families.

The challenges come one after another for the Rocky Bluff P.D. to handle―from a missing woman to a fatal house fire. Detective Doug Milligan is faced with new and unusual problems to solve, some on the job and others related to his family. With the department shorthanded because of the Covid virus, Chief Chandra Taylor must make some hard decisions in order to protect the town of Rocky Bluff.

I’ve written in one form or another since I was a child. Because I had five children and now share my home with three great-grandchildren, I’m used to distractions and have no problem return to whatever I’m working on.

George asked if an association membership has helped me or my writing. I can honestly say being a part of the Public Safety Writers Association has certainly given me a big boost in writing about folks in law enforcement, answers to many questions, and sometimes even a plot idea. 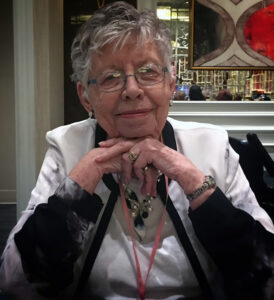 Many of my characters are based on real people or combinations of folks. No one has ever accused me of writing about him or her. One exception is a friend who wanted to be a character in my other series. I didn’t use her real name, but I did describe her and her personality, and she loved it. I’ve also held contests where the person who one had his or her name used in a book. That’s fun, too, and the character never is anything like the real person.

Though I usually know the main theme of the story I’m going to write, I don’t outline. I do keep notes as I go along, especially about new characters, so I don’t forget some important detail.

I’ve written and published over 40 books, mostly mysteries but some in other genres. My other series is the Deputy Tempe Crabtree mysteries, the latest being End of the Trail.

Rocky Bluff is a fictional small beach community along the Pacific coast, set between Ventura and Santa Barbara. It has some resemblance to another town but has its own characteristics. To me, it feels like a real place. When I’m writing about it, I can see it in my mind’s eye, and I can smell the ocean and feel the dampness of the fog. I feel the same way about the characters, and I’m compelled to write the next book, so I can find out what happens to them. 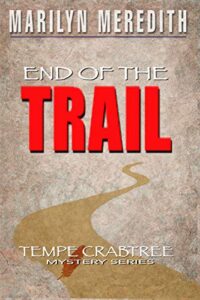