LORI ROBBINS – The Amateur Sleuth: Dis-Armed and Probably Not Dangerous 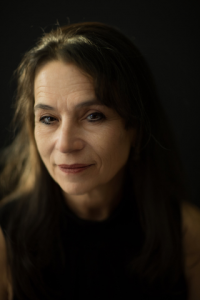 Lori Robbins is the author of the On Pointe and Master Class mystery series. She won the Indie Award for Best Mystery, the Silver Falchion for Best Cozy Mystery, and is currently a finalist for a Mystery & Mayhem Book Award. Short stories include “Accidents Happen” in Murder Most Diabolical and “Leading Ladies” in Justice for All. She is also a contributor to The Secret Ingredient: A Mystery Writers Cookbook. Lori’s experiences as a professional dancer, English teacher, writer, and mother of six have made her an expert in the homicidal impulses everyday life inspires.

Latest Projects: Lesson Plan for Murder, the first book in my Master Class mystery series, will be re-released in September. The third work in my On Pointe mystery series, Murder in Third Position, will release on November 22nd. All are published by Level Best Books. 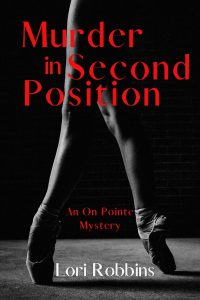 A killer in the shadows. A ballerina in the spotlight. One missed cue,  and the curtain will fall on Leah Siderova’s career. And her life.

Despite my devotion to crime fiction, I’m not in the market for a Glock. Nor do I plan to engage upon a high-speed chase anytime soon since I still get nervous merging onto the Garden State Parkway. As for courage under fire, I would never follow a suspect down a dark alley if there was the slightest chance of running into a rodent of any size. And don’t get me started on the topic of creatures with more than four legs. Staring down a threat like that is simply not happening unless I was armed with an industrial-sized can of bug spray and could aim it from a remote location.

Perhaps this is why I prefer to write and read stories with amateur sleuths. One of the great pleasures of this genre of crime fiction is it enables a vicarious experience that allows us to be a better and braver version of ourselves. We’re given the opportunity to investigate with a detective who possesses the deficiencies most of us share. And when a flawed hero or heroine overcomes weakness and delivers justice, this feels like a win for ordinary people everywhere.

As a writer, my heroines pose a creative challenge of no small proportion. They won’t leap into danger unless forced to do so, and even then, they constantly threaten to pack up and go home. The only way to credibly place these risk-averse characters at the heart of a murder investigation is to make the impossible seem inevitable, and narrowing my protagonists’ options is how their transformation from hesitant to heroic happens. Actions that would have been unthinkable on page two become the only means of survival on page two hundred. In order to make their journey believable, I imagine myself in my character’s place. That’s why both my mystery series are inspired by lived experiences.

My first career was as a dancer. It’s a world I know intimately, and because it’s filled with inherent conflict, it works well as a dramatic framework for a murder mystery. A ballerina’s professional life is brutally short, even without a fictional crime thrown into the mix, and this vulnerability makes dancers extremely susceptible to all kinds of pressure. An added element of tension is the fact that dancers aren’t simply in competition with each other. They’re also in competition with themselves: their own bodies and their own frailties. The stresses dancers face didn’t need much in the way of exaggeration to provide plenty of motivation for murder. The emotions are real, even if the situation is fiction.

Much of what makes the amateur-sleuth genre of crime fiction so satisfying is that an unexceptional person is challenged with the opportunity to do extraordinary things. But the quests aren’t one-dimensional. In Murder in First Position, for example. Leah’s journey takes place externally, in the context of a murder investigation, but it also takes place internally as well. She learns there’s more to life and to her than being onstage. You don’t have to know the difference between a plié and a pirouette to understand the heartbreak of losing a much-loved job or the triumph of achieving a hard-fought victory.

Ideally, the mundane elements of an amateur sleuth’s life become her superpower, and tapping into those resources is how armchair detectives connect with their fictional alter egos. The English teacher in Lesson Plan for Murder uncovers the identity of the killer using clues from the literature she teaches. The ballerina in the On Pointe Mysteries draws upon her knowledge of stagecraft to hide in plain sight.

Amateur sleuths bring order out of chaos armed only with their wit, their intelligence, and their determination to see justice done. There’s nothing ordinary about that.

I’m a member of the NY/Tristate Sisters in Crime, Mystery Writers of America [NY], and the Short Mystery Fiction Society. 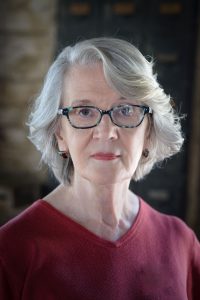 The crime/mystery/thriller genre is what I like to read, so that’s what I write. Puzzles, seeing justice meted out, preventing catastrophes. Some thirty of my short stories have been published, and this summer, my first novel, the murder mystery Architect of Courage, comes from Black Opal Books. I especially enjoy stories about ordinary people in difficult situations where they must use their wits and skills in new and unexpected ways. And I like a story with a bit of a lift at the end. Not necessarily a happy ending, but one trending toward better days.

My novel’s protagonist, successful Manhattan architect Archer Landis, is one of those ordinary people. Ordinary, that is because he doesn’t have any martial arts training or obscure weapons expertise. No experience tracking ne’er-do-wells. He is a Vietnam veteran, but his service was decades before this story takes place in the summer of 2011.

People often ask where I get my ideas. The short answer is: everywhere. Real-life events, interesting 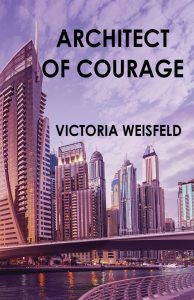 people, or amalgams of several of them, tricky situations born in my imagination can be an initial spark. Architect of Courage is a 350-page novel that started with a specific imagined situation. I envisioned a married man (Landis) entering his girlfriend’s apartment and finding her murdered. It’s all I had, and I covered it in the first two pages. 348 to go!

The threads that eventually worked their way into the story—his marriage, his troubled relationship with his son, how the police treat him, their suspicions about the dead woman, her faked identity, whom he relies on among his friends and colleagues, the succession of mysterious attacks—all that developed later.

If you know the terms “plotter” and “pantser,” you’ve probably already pegged me as a “pantser.” I could no more plot out all my scenes before I begin, as some excellent writers do than I could fly to the moon. I write by the seat of my pants, letting the story grow organically, and the relationships deepen as it moves forward. I throw in bits of information (potential clues) as they occur to me and keep those that ultimately fit. Yes, it’s a little messy at times, but I enjoy that thrill of discovery.

For example, early in the story, the police show Landis shocking photos of scars on his girlfriend’s wrists, evidence of a serious suicide attempt. He hadn’t known about that. The explanation of the scars isn’t revealed for 258 pages, when it emerges as a significant piece of evidence, totally unanticipated those many pages earlier. I credit my subconscious mind with figuring out that problem and giving me the answer when I could use it!

Truthfully, I do make some efforts to organize the chaos. When I get to a place where I can’t easily answer the question, “now what?” I take a big sheet of paper, write the main character’s name in the center, and array all the other characters around, maybe with a few notes about their conflicts or characteristics. Then I draw lines to show how they intersect. Opportunities for new and unexpected connections emerge and points of possible conflict. Perhaps a superfluous character is revealed—someone with few connections to anyone else. That person may best be edited out!

One strategy I’ve found helpful in moving from short story to novel is to keep a list of “story questions.” I can’t reveal everything upfront; it is a mystery! Unresolved issues may be, “Where did the gun come from?” or “How did he know she’s allergic to shellfish?” Making sure all those questions or clues have answers—artfully buried, I hope—means that when readers reach the end, they feel satisfied. Television programs too often do not do this. The credits roll, and it’s “What just happened?”

Nor can I withhold some key piece of information and plop it on the last page. Readers have to have reasons to at least suspect that two characters are brother and sister, for example. They need “Aha!” moments. As Aristotle pronounced a long time ago, the best endings are both surprising and inevitable.

I’m also asked what it was like to write a male protagonist. I’ve spent a lot of time around confident, assertive men. I know how they act. Landis is a busy, successful professional. He’s not rude, but he’s direct. It saves time. He’s also a mentor to the people working for him in a profession that requires creativity. He can’t squash their inventiveness, and he’s full of praise when it’s merited. Typically, he makes clear his expectations about end results and lets them figure out how to get there.

I did pick over his dialog to make sure it wasn’t laden with weak phrases like “I just want,” “If you don’t mind,” “May I suggest,” and qualifiers like “somewhat” or “kind of,” which I consider waffle-words. If Landis wants something, he says so. And I usually substitute “need” for “want.” There’s a website where you can paste in your manuscript—any length—and run it through an analyzer to find out whether it reads “masculine” or “feminine.” Architect of Courage is “weakly male,” but at least it’s male! I found that aspect of writing this book interesting. Fun, too.

A few words about the publishing journey. Long. Hard. Exhausting. Though I’ve internalized all the advice about crafting pitch letters, synopses, etc., my queries to agents rarely received a response. I gave up on that and turned to smaller publishers who take unagented queries and are open to genre literature, especially crime. Architect of Courage was professionally edited twice. While, on the one hand, I hoped this would suggest to prospective publishers they wouldn’t have to invest a lot of editorial time, on the other, I didn’t want to give the impression I considered the book perfect and would resist their ideas and suggestions.

The best advice I have for wading into the publishing waters is to develop a long—and growing—list of prospects and send queries (strictly adhering to their wildly varying requirements, of course) in batches of three to five. Two weeks later, send another batch. An Excel spreadsheet helps, and save a copy of each cover letter to be sure of what you sent. Having additional prospects in the wings keeps the job from being too disheartening. I handle my short stories the same way. Rejection? Fine. Next! At least it has worked for me thirty times!