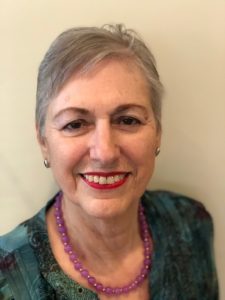 A former Spanish teacher, Marilyn Levinson, writes mysteries, romantic suspense, and novels for kids. Her books have received many accolades. As Allison Brook, she writes the Haunted Library series. The first in the series, DEATH OVERDUE, was an Agatha nominee for Best Contemporary Novel in 2018. Other mysteries include the Golden Age of Mystery Book Club series and the Twin Lakes series.

DEATH ON THE SHELF: Clover Ridge librarian Carrie Singleton is thrilled to attend her best friend Angela’s wedding, but Angela’s family can be a bit…much. Angela’s wealthy cousin Donna hosts an extravagant bridal shower at her resplendent home, but the celebrations turn to gossip as the guests notice Donna’s surgeon husband, Aiden, spending a bit too much time with Donna’s cousin Roxy. At the wedding reception, the sweet occasion turns darkly bitter when Aiden topples into the chocolate fountain–dead.

Marilyn lives on Long Island, where many of her books take place. She loves traveling, reading, doing crossword puzzles and Sudoku, and chatting with her grandkids on FaceTime. 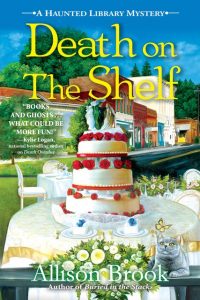 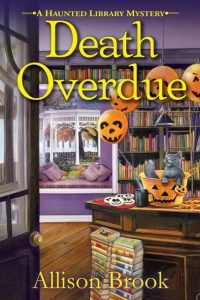 Do you outline, or are you a pantser? I outline, usually following two storylines in each book. But I find myself more of a pantser with each book that I write in this series.

Do you write in more than one genre? My first published books were novels for kids. Now I mainly write mysteries and the occasional romantic suspense.

What brought you to writing? I wrote stories when I was in elementary school then stopped. I took up writing again when my two sons were very young.

Do you have subplots? If so, how do you weave them into the novel’s arc? I often have two storylines that I bring together at the end of the novel. I also have subplots that weave in and out of the novel. This is easy to do because I write a series, and many of the characters travel from one book to the other.

What is the most challenging part of your writing process? Would you believe, sitting down and starting to write each day? Once I get going, I’m fine.

What is the best book you have ever read? I don’t know if I could name the best book I’ve ever read, but I will give the titles of my two favorite books: THE HOUSE OF MIRTH by Edith Wharton and A SUITABLE BOY by Vikram Seth.

Looking to the future, what’s in store for you? DEWEY DECIMATED, the sixth book in the Haunted Library series, will be published in September, 2022. I just signed a contract to write the seventh book.

Where can our readers buy your books and contact you? 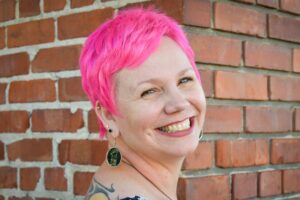 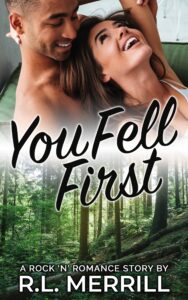