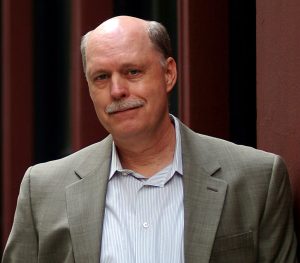 Boston native STEPHEN M. MURPHY graduated from the College of the Holy Cross in Worcester, Massachusetts, and the University of San Francisco School of Law. After graduating from law school in 1981, he served as a law clerk to the justices of the New Hampshire Superior Court. While in New Hampshire, he worked on a murder trial that inspired his first Dutch Francis novel, Alibi. For over 34 years, he represented plaintiffs in personal injury and employment litigation. He is Past President of the San Francisco Trial Lawyers Association, which voted him Trial Lawyer of the Year in 2008. SuperLawyers have also named him as one of the Top 100 lawyers in Northern California. He is the author of several books and is a member of the Mystery Writers of America and Sisters-in-Crime. 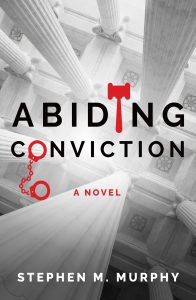 is accused of killing his wife, when his own wife, TV news broadcaster Ginnie Turner, goes missing. As he confronts an ineffectual police department, suspicious that he is involved in his wife’s disappearance, he decides to take matters into his own hands. Exhausted by the murder trial, he struggles to balance both responsibilities, pushing him to the brink of losing everything he holds dear. At first, he thinks Ginnie was kidnapped in retaliation for her recent stories about sex scandals. But after receiving bits of her in the mail—fingernails, hair—he realizes the kidnapper may actually want to punish him. Could his defense of the judge be the reason?

Do you write in more than one genre? Yes. I write mysteries, legal thrillers, and historical fiction set in Ireland. I am still trying to get the latter published.

Where do you write? I generally write at a local café called Simple Pleasures.

What, if any, distractions do you allow? I like to listen to music, preferably jazz, blues, or classic rock and roll while writing.

What are you currently working on? I am writing a mystery featuring a San Francisco judge whose father and son are charged with the murder of a high-tech executive in the Tenderloin.

How long did it take you to write your first book? It took me nearly ten years to write ALIBI, a legal thriller/murder mystery set in New Hampshire, based on my experience as a law clerk to the superior court.

How long to get it published? About five years.

What’s the most challenging thing about writing characters from the opposite sex? I confess to having great difficulty figuring out how women think, which I’m sure is a character defect on my part.

Do you have subplots? Yes.

If so, how do you weave them into the novel’s arc? I tend to link my subplots by theme rather than plot. For example, in ABIDING CONVICTION, my latest Dutch Francis novel, the protagonist’s lawyer has to search for his missing wife while trying a high-profile murder case in which a judge is accused of killing his own wife.

Do you outline, or are you a pantser? Both. I tend to write a rough outline at first, start writing, and when I have a first draft, go back and outline in more detail. I’ve tried outlining an entire book at the beginning but just couldn’t do it.

What kind of research do you do? For my Dutch Francis legal thriller series, I research the geography of the various towns in New Hampshire that are mentioned. Since I lived in New Hampshire for only one year –forty years ago – I find Google Maps and Google Earth invaluable to reacquaint me with the area.

What obstacles do you face when writing about historical figures? The biggest obstacle is creating realistic characters rather than just ones known to history. That means delving into their personal lives, other things they did that did not make them famous and personal relationships. For my Irish historical series, I include many historical figures and have to avoid getting caught up in the history and ignoring the stories I’m trying to tell.

What is the best book you have ever read? It’s tough to single out one book, so I’ll give you two. PRINCE OF TIDES by Pat Conroy and SHANTARAM by Gregory David Roberts. I’ve re-read both and found them just as enjoyable the second time around.

Looking to the future, what’s in store for you? I plan on writing novels in both the Dutch Francis and the Irish history series.

Do you have any advice for new writers? Learn to love the process. The publishing business is a rough one: full of rejection both by agents and publishers. Don’t write just to get published because that may never happen. If you love writing, write for yourself or to share with family and friends. Publication is an added bonus.