I read to discover, to learn, and to be astonished. 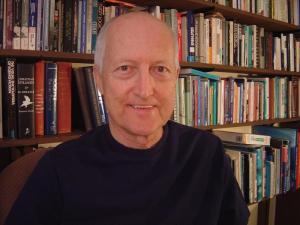 Ed Miracle writes sociological science fiction. He lives with his wife in an adobe house they built together in Northern California. Ed is a university graduate who served six years in the U.S. Navy Submarine Service. Now retired from his computer systems career at Lawrence Livermore National Laboratory, Ed continues to support his community as a volunteer firefighter and emergency medical responder.

My novel, Maker Messiah, begins when a fierce young man unveils a Trojan horse technology that empowers ordinary citizens to subvert the world’s power elites. All of them. Overnight. Are his 55 million Maker machines destroying civilization, or is he a secular messiah bent on lifting humankind out of our existential ruts? More than a tale of survival, Maker Messiah explores the motives, possibilities, and intensely personal outcomes that arise from one man’s quest for his perfect revenge.

It has come to my attention that many novels are not really – at least not very – novel. Even science fiction has turned dark and fearful, too often derivative or predictable. Where did our visions for a better world go? Maker Messiah is one answer that over 3,000 readers are now pondering. Check it out and add your reviews at http://www.amazon.com/dp/b07wzgnlbv    (This story is not religious.)

Years ago, I joined Tri-Valley Writers Club, a local affiliate of California Writers Club, to find a critique group. Forming a sci-fi gang-of-two that expanded to four improved everything about my writing and added three good friends to my life. Not all critique groups are as happy as ours. Still, I recommend every writer regularly swap chapters or stories with other active scribblers. Unless you’re in a bar, then don’t.

I believe writing, as an unnatural act, should be indulged behind closed doors. If only to avoid getting caught with that cute little adverb on your lap. I can’t imagine 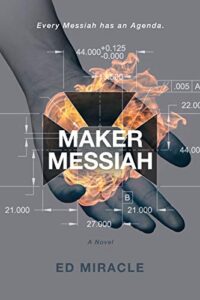 delivering an unwritten, unpracticed speech, so I plan what I write. Not to limit the possibilities so much as to corral my impulses. If I need to get somewhere, it helps to see a destination with guideposts along the way, especially when detours pop up.

I re-wrote Maker Messiah from scratch five times, not counting multiple edits. I was so relieved to complete the first version, I hoped the product of my long labors would . . . work. Beta readers said it didn’t. I was disappointed, angry, determined to do better, so I got serious. I bought and read Everything About Writing. Basically, through draft after draft, I taught myself what worked and what worked better. A publisher read my third draft and suggested re-writing from a different character’s viewpoint, which I did in six months. “Sorry,” my crit group said, “It’s not that person’s story. It’s this other guy’s.” Back to square four. Moral: it ain’t good enough until it’s way better than good enough. Then push some more. If it’s not everything you’ve got, you’ll only cheat yourself.

Here are my essential writing guides: 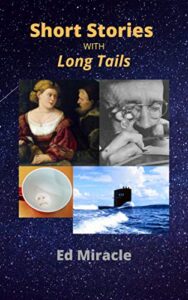 Since publishing Maker Messiah, I’ve gathered a fistful of my smaller yarns, a mix of fiction and true events, between the covers of Short Stories with Long Tails. These include “Submarine Dreams,” my award-winning reply to the question, “What’s it like out there on a nuclear submarine?” http://www.amazon.com/dp/b0859r88ys

Finally, readers of this blog may contact me directly by email at edmiracle47@gmail.com  Flattery and supplication indicate good taste; insults are accepted only if they make me laugh.