HEATHER WEIDNER – Virginia is for Mysteries 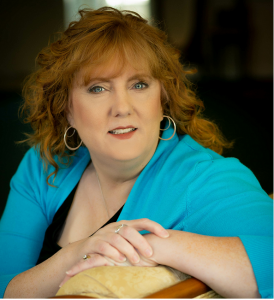 Originally from Virginia Beach, Heather has been a mystery fan since Scooby-Doo and Nancy Drew. She lives in Central Virginia with her husband and a pair of Jack Russell terriers.

Virginia is for Mysteries Volume III Virginia may be for lovers, but to fifteen authors, it’s more sinister. This anthology of sixteen short stories, set in the Commonwealth, features Virginia landmarks and locations such as the Church Hill Tunnel, the Virginia Beach Boardwalk, the Historic Cavalier Hotel, St. Luke’s Historic Church, historic Ashland, and the Assateague Channel, to name a few. Be transported across the diverse backdrop of the Old Dominion to a unique and deadly landscape filled with murder and mayhem. 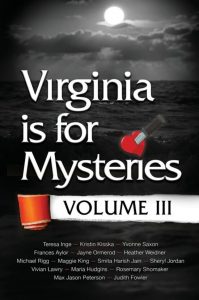 Where do you write? What, if any, distractions do you allow? I usually write in my office on my computer. We moved to a house in the woods, so I have a great view of the treetops. My two crazy Jack Russell terriers hang out with me and help me plot.

I get distracted by the internet. I pop on to research something, and then I find that I’ve been watching dog videos for an hour. I try to stay focused when I’m writing, but sometimes, it’s hard. I always have music playing in the background. Classical, spa, or jazz for writing. Louder music for revisions.

Tell us about your writing process. It took me about five years to write the first book and about another two until it was finally published. I am a lot faster now. At the pandemic’s start, I decided to use my normal commuting time for writing, and I was much more productive when I wrote every day.

I usually come up with the book ideas and title drafts first. Then I plot out an outline. I found that the plan for the book helps me to stay on track, and I don’t get lost or stuck. I draft the book. If I stick to my daily word counts, I usually finish the first draft in three months. Then I do several rounds of editing and revising. Then I send it to my critique group. Then it’s off to the editor, and I do lots of revisions. The manuscript goes to my agent and my publisher’s editors.

My short story, “Derailed,” is part of the Virginia is for Mysteries Anthology that launched this February. It’s full of stories about locations in Virginia. Mine takes place at the site of the infamous Church Hill Tunnel disaster, where a cave-in blocked the exits and trapped railroad workers and a train deep under the city of Richmond. The search and rescue quickly became a recovery mission—not all the victims were found. The railroad filled and sealed the tunnel with the train and some of the victims inside. The spooky site has been the center of local lore and legend about ghosts and even a vampire. I used the site and its history in my story, and there may be one more body than expected inside the tunnel.

Has an association membership helped you or your writing? Writing is a solitary task, and you need your crew. I am so lucky to be a part of Sisters in Crime, James River Writers, and International Thriller Writers. These offer networking and learning opportunities. I treasure the contacts I’ve made, and I am so grateful to all the talented authors who share their time and advice.

We hear of strong-willed characters. Do yours behave? None of my characters behave. My sleuths are strong-willed, determined, and sassy females who get into way more trouble than I do. I plot the mysteries and have an idea where the story is going, but they often have a will of their own.

One minor character in the first Delanie book was supposed to just make an appearance as a sleazy strip club owner. He was so much fun to write that he joined the cast full time, and he shows up (warts and all) in all the books.

Do you base any of your characters on real people? I get a lot of my material and ideas from those around me. No conversation or story is safe. I take notes and use names, places, and fun anecdotes. Usually, the characters are an amalgamation of several different people and traits. I use names of real people and places from time to time, and if you look closely, you’ll see some character names from pop culture.

What kind of research do you do? I do a lot of research for my mysteries. Readers want to learn about new things, and I want the story to be as accurate as possible. For my WIP (work in progress), I’m researching haunted places in Virginia, ghost hunting technology, tiny houses, and glamping.

I’m Cop’s Kid. My dad is my best law enforcement resource. He’s retired from forty-six years on the force and is always willing to answer my weird questions. There are just some things you don’t want to Google, like, “Hey, Dad, what does a meth lab smell like” or “what caliber of bullet would make this kind of wound.”

Where do you place your settings—real or fictional locations? I write where I know. I grew up in Virginia Beach. I now live outside of Richmond. I use a lot of Virginia locales in my stories. The Commonwealth has so much to offer: mountains, beaches, a central, East Coast location, historic sites, and fantastic restaurants.

If I have a scene where there is a gruesome crime, I make up the location. 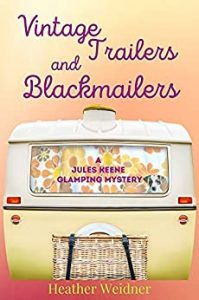 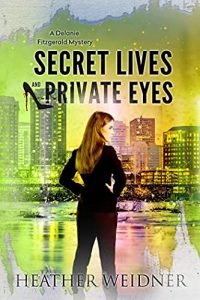 Do you have any advice for new writers? Writing is a business, and you have to treat it like one. It’s a lot of work, but it’s worth it. You need to be persistent. Hone your craft, network with other authors, and build your author platform. There is no feeling like opening that box of books and seeing your name on the cover.

How do our readers contact you or purchase the books? 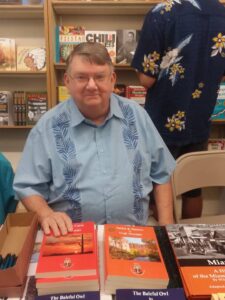 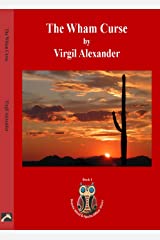 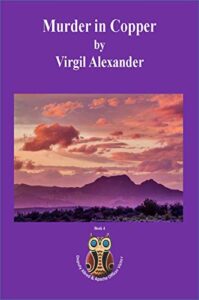 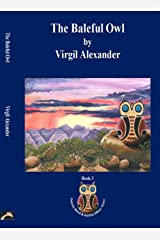 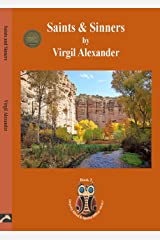