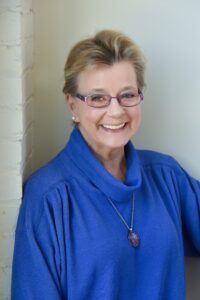 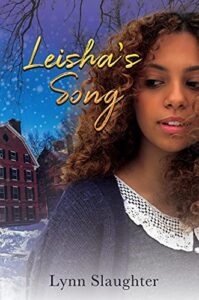 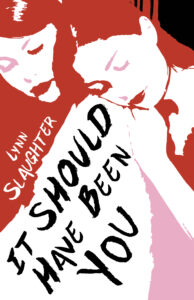 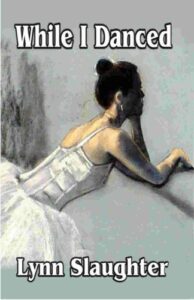 Hunting ghosts and solving the case before checkout? All in a weekend’s work.

Fleur Bradley is the author of the spooky middle-grade mystery Midnight at the Barclay Hotel (Viking Books for Young Readers, Aug. 2020). She’s passionate about two things: mysteries and getting kids to read. Fleur regularly does (virtual) school visits and speaks at librarian and educator conferences on reaching reluctant readers. Originally from the Netherlands, Fleur now lives in Colorado Springs with her family and entirely too many rescue pets. 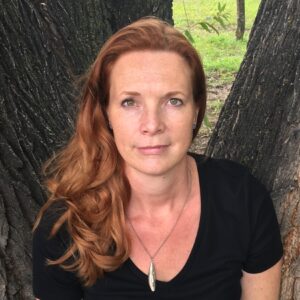 Midnight at the Barclay Hotel – When JJ Jacobson convinced his mom to accept a surprise invitation to an all-expenses-paid weekend getaway at the illustrious Barclay Hotel, he never imagined that he’d find himself in the midst of a murder mystery. He thought he was in for a run-of-the-mill weekend ghost hunting at the most haunted spot in town, but when he arrives at the Barclay Hotel and his mother is blamed for the hotel owner’s death, he realizes his weekend is going to be anything but ordinary.

Now, with the help of his new friends, Penny and Emma, JJ has to track down a killer, clear his mother’s name, and maybe even meet a ghost or two along the way.

Do you write in more than one genre? I write mysteries, mostly for kids, but I also like to write short stories. In fact, for the first ten years or so of my writing career, that’s mostly what I wrote. I try to still write a few every year—they’re fun to write, plus the time investment isn’t as huge as a novel-length work. Short stories are also a great way to flex your writing muscle—they’re tough to write.

What brought you to writing? I was a new mom (many years ago!), and I really wanted to do something that was just my own. As an avid reader, I decided to try my hand at fiction writing since all I needed was a pen and paper. I still love that most about writing: I start with a blank page and can make it anything I want.

What, if any, distractions do you allow? Right now, I write at the kitchen table mostly. It’s so unglamorous, really… Sometimes I try to find a different corner of the house to work in just to break the monotony. Covid times being what they are, writing at a coffee shop or library is still off the table. Once I’m into the story though, I forget about everything else. I can write anywhere.

Tell us about your writing process: I usually have the spark of an idea—whether it’s a broad feel of a book (for Midnight at the Barclay Hotel, I wanted to write an Agatha Christie-style mystery for kids) or a good twist or even just the start of the story. Then I let that bounce around my brain a while, until I feel I have all the ingredients to the story figured out—so the mystery, tone, setting, characters. Then I work on an outline and sample chapters that I would eventually send to my agent. She’ll tell me what works, what doesn’t, and I tweak that and write the rest.

What is the most challenging part of your writing process? The most challenging part is the analytical part of my brain that needs to produce a solid plot and outline, and the creative part that just wants to get writing already to see where the characters take me…. It’s truly a battle of wills some days! But that outline is necessary to keep me on track.

What are you currently working on? I’m finishing edits on my next mystery for kids, and I’m getting ready to write the first draft of a YA mystery. I always have several projects going at once—it keeps me from getting bored. 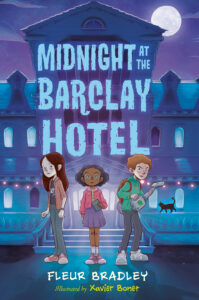 Where do you place your settings—real or fictional locations? I like to take a real location and then create a fictional 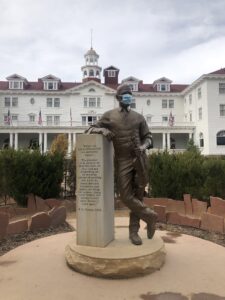 version of it so that I can write my own rules. For Midnight at the Barclay Hotel, I created the Barclay Hotel based on the Stanley Hotel (from the book/movie The Shining) in nearby to me Estes Park, Colorado. I took some of the elements of the Stanley—the beautiful architecture and woodwork, the ghost stories, the Colorado setting—and amplified them to make for a more exciting story material.

Looking to the future, what’s in store for you? I’m hoping to be able to in-person school and bookstore visits again—I miss seeing people in person, like everyone else I’m sure. The mystery for kids I’m working on now should be out from Viking/Penguin Random House in summer 2022, and then I plan to write another mystery for the 8-12 age group—it’s been such a joy to write mysteries for kid readers, I expect I’ll be writing lots more.

Anything else you’d like to tell us about yourself and your books? To toot my own horn for a minute: I was honored to be nominated for an Agatha Award and the Colorado Book Award for Midnight at the Barclay Hotel. If any blog readers get a chance to read the book, let me know what you think!

For more information on Fleur and her books, visit www.ftbradley.com, and on Twitter @FTBradleyAuthor.